Famed chemist got his start at Loyola 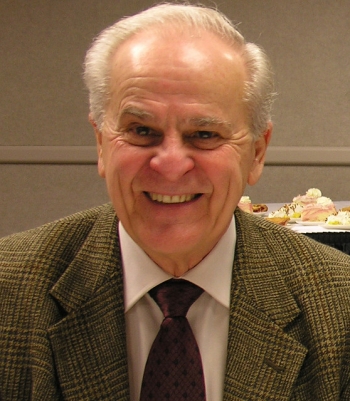 Chemist Gregory R. Choppin '49 enjoyed a fascinating career as a chemist, particularly during the peak of the Cold War. In 1955, Choppin and three other chemists discovered chemical element 101, which they named Mendelevium in honor of Dmitri Mendelev, the creator of the periodic table of the elements.

Choppin earned his doctorate degree from the University of Texas at Austin. He was awarded the R.O. Lawton Distinguished Professor Emeritus of chemistry at Florida State University in Tallahassee, Fla., where he has taught since 1963.

Choppin passed away in Tallahassee on October 21, 2015. For more information on his extraordinary life, please click here to read his obituary.