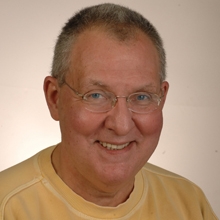 Philip A. Dynia joined the Department in 1970. From 1983 to 2010 he served as chair of the Department, and again from Fall 2015 to Spring 2018.. He received his Ph.D. from Georgetown University in 1973. His major field of interest is American politics, with a concentration in courts and constitutional law. He has published articles in journals as varied as Cinema Journal and Constitutional Commentary, and his book reviews have appeared in The American Political Science Review, The Journal of Politics, The New Orleans Review, and The Law and Politics Book Review. He authored several entries for the Encyclopedia of the U.S. Supreme Court (Salem Press, 2000), The Encyclopedia of Civil Liberties (2004), and most recently, Congressional Quarterly’s Encyclopedia of the First Amendment (Congressional Quarterly Press, 2006). He also wrote a chapter on the study of Political Science for A Student's Guide to the Liberal Arts (Rockhurst University Press, 2002). He is currently working on a study of perennial issues in American constitutional interpretation.