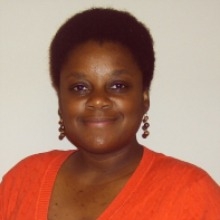 Dr. Natasha Bingham received her Ph.D. from Louisiana State University in 2012. Her research interest focuses on the role of gender, sexuality, race, ethnicity and national identity in comparative politics, and American state politics, and the intersection of nationalism, national identity and conflict. Her work has appeared in several peer-reviewed journals such as Politics & Policy, Women’s Studies: An Inter-disciplinary Journal, Comparative Sociology, PS: Political Science and Politics, and the Journal of Lesbian Studies. She teaches courses on comparative politics, Russian/Post-Soviet politics, Northern Irish politics, gender politics, and nationalism, conflict and peace studies. Dr. Bingham is the faculty advisor to Pi Sigma Alpha, the political science honor society and the Director of the Loyola University New Orleans Summer Ireland program.