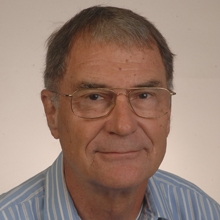 Conrad Raabe, Ph.D. Pennsylvania State University, teaches comparative politics courses dealing with Britain, France, Germany, Russia, Canada, and Mexico. International politics and individual courses on the foreign policies of the United States and Russia are also among his academic course offerings. He keeps tabs on these domains through computer links worldwide and through traditional media sources (at least that's the excuse he gives for the state of his office). Research pursuits include general methodology, the role of religion in German politics, and Canadian defense and foreign policy.

International politics, the role of religion in German politics, and Canadian defense and foreign policy