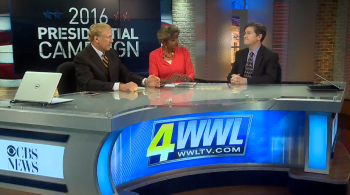 Cain said the race for the Democratic presidential nomination is just as interesting as Former Secretary of State Hillary Clinton squares off against Sen. Bernie Sanders. Cain said that he expects Bernie Sanders to stay in the Democratic primary race until the very end and that he doesn't expect that Sanders' support from younger voters will necessarily transfer to Sec. Clinton in a general election.