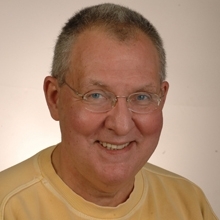 Dr. Philip Dynia, associate professor in the Department of Political Science recently published encyclopedia articles on a variety of areas of constitutional law and judicial politics. Dr. Dynia also recently contributed a chapter on the study of political science to a book introducing students to the liberal arts. He submitted three encyclopedia articles to a new encyclopedia on the Supreme Court and is currently writing an entry for a forthcoming encyclopedia devoted to civil liberties. Dr. Dynia continues working on the manuscript for a book on perennial issues of American constitutionalism.

Dr. Dynia joined the Department of Political Science at Loyola University New Orleans in 1970. From 1983 to 2010 he was chairperson of the Department. He received his Ph.D. from Georgetown University in 1973. His major field of interest is American politics, with a concentration in courts and constitutional law.