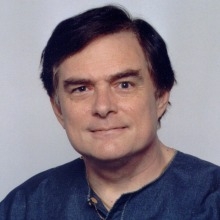 Guy L. Beck is an historian of religions, a musicologist, and a musician who teaches Hinduism, Asian Religions, Religions of the World, and World Religions and Music at both Tulane University and Loyola University New Orleans. His book Sonic Theology: Hinduism and Sacred Sound (1993) has been widely acclaimed as a unique contribution to Hindu religious thought and practice. The sequel, Sonic Liturgy: Ritual and Music in Hindu Tradition (2012) studied Indian music in Hindu ritual context. His other major project is a book and 18 CD archive of northern Indian devotional music entitled Vaishnava Temple Music in Vrindaban: The Radhavallabha Songbook (2011). He has also edited, Sacred Sound: Experiencing Music in World Religions (2006), with CD, and has released two CDs of his own, Sacred Raga (1999) and Sanjher Pradip (2004). Dr. Beck has been researching and performing Indian vocal music for over thirty-five years. He is a US Fulbright-Nehru Senior Research Fellow and an AIIS (American Institute of Indian Studies) Performing Arts Fellow affiliated with the ITC Sangeet Research Academy, Calcutta. Also a Visiting Fellow at the Oxford Centre for Hindu Studies in 2001, he has performed at the Eranos Conference (Switzerland), Princeton University, Indian TV, Radio Nepal, and Shantiniketan University, West Bengal.