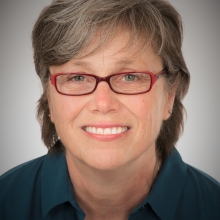 In 2004 Elizabeth A. Goodine earned her Ph.D. in Religion at Temple University. She taught at Loyola University-New Orleans until 2008 when she accepted a position to teach in the Religion Department at Concordia College – New York, where she also directed the Fellows Program. She returned to Loyola University in 2012 where she currently teaches in the Department of Religious Studies. Her research interests include the use of Bowen Systems theory in examining movements of power within relationships; particularly in regard to women in early Christian history and gender discrimination in the modern Christian context. Her dissertation, Standing At Lyon (published in 2009) examines the martyrdom of Blandina of Lyon, a woman portrayed by her fellow Christians as a re-presentation of Christ. She has also published articles in journals such as the Journal of Early Christian Studies, Religion and Education, the Journal of Southern Religion, and Lutheran Forum.