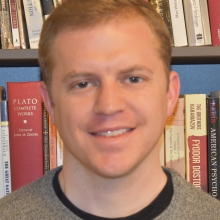 I earned my doctorate in philosophy from the University of Notre Dame, where I worked primarily on Frankfurt School critical theory and the philosophy of language. A version of my dissertation was recently published as The Fall of Language: Benjamin and Wittgenstein on Meaning by Harvard University Press. Before coming to Loyola, I taught courses on social and political philosophy and aesthetics at Notre Dame, and spent a year as a postdoctoral researcher at the Goethe University in Frankfurt. I've also written on philosophy, language, and culture for the New York Times, the LA Review of Books, and The Chronicle of Higher Education, among other publications.