Lecturer of French and Francophone Studies 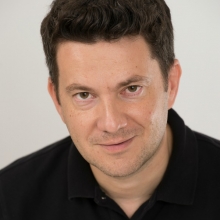 A native of Marseille, France, Dr. Brager served as a diplomat at the French Consulate in New Orleans from 2001 to 2005, working as the university and linguistic attaché. During his tenure there, his mission centered on the educational links between Louisiana and France; and he helped to consolidate the language immersion school program and the Center for French and Francophone Studies. He was twice appointed head of the commission that rewrote the bi-annual educational agreements between the state of Louisiana and the French Ministry of Education. In addition to working with student exchange programs in both countries, he still serves as a liaison with the French Embassy for Teaching Assistantship Programs In France (TAPIF).

Dr. Brager is also an actor and director, having attended both the Beaux Arts and the Conservatory of Dramatic Arts in France. Three of his most recent accomplishments have included receiving the Best Drama and Best Director awards at the LSU Outhouse Film and Video Festival, publishing his English translation of a play by New York-based, Haitian-born playwright, Carmelle St.Gérard-Lopez, and premiering Couples, his English translation of Académie Française Member Danièle Sallenave’s Conversations Conjugales.

Given his background in the arts, Dr. Brager’s teaching style is based on a dynamic balance between interdisciplinarity and a communicative approach. He also believes in the use of visuals, drama, and body language to help achieve near-native intuition in his students.

At Loyola and elsewhere:

His areas of interest are semiotics, fashion, Francophone literature, contemporary theatre, and post-colonial and gender studies– specifically, how these fields provide insight into games of power. He also specializes in, and writes about, French, Francophone, and European cinema. His work in the classroom extends to the community at large: since 2003, he has volunteered as the artistic director of Francophilia Foundation, a not-for-profit organization the mission of which is to introduce American audiences to French and Francophone language and culture.

He is the recent author of De l’autre côté de l’amer: représentations littéraires, cinématographiques et visuelles de l’identité pied-noir (L’Harmattan; Paris 2015), an interdisciplinary and unconventional study of the French natives of Algeria and their representations in literature, graphic novels, film, and visual arts.