Lecturer with Equivalent Rank of Assistant Professor of Languages and Cultures 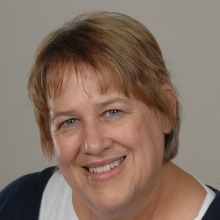