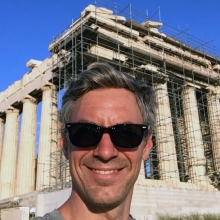 Eric M. Hardy is a historian whose research focuses primarily on the intersection of urban development, technology, and environmental politics in the United States during the twentieth century. He holds a doctorate from Georgia Tech and currently teaches in both the History Department and the Environment Program at Loyola University. He has authored works for Technology and Culture, the Journal of Urban History, and the American Planners Association Press. His current book project, "Atlanta’s Water Wars: Technocracy, Racial Politics, and Environmental Activism, 1945-2005" (under contract with University of Pittsburgh Press) examines the constraints that American cities faced while attempting to manage their environmental resources since the second World War.