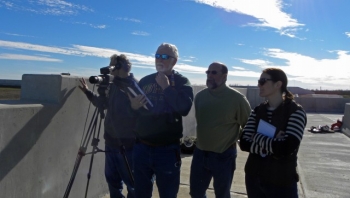 Filmmakers Bob Thomas, Ph.D., director of the Loyola Center for Environmental Communication, and Kevin McCaffrey, executive producer of e/Prime Media, interviewed more than 30 experts, including many who witnessed some of the most distressing environmental consequences of the shipping channel in St. Bernard Parish. The film also features The Lens reporter and Pulitzer Prize-winning environmental journalist Bob Marshall. Though the Mississippi River Gulf Outlet was closed in 2009, the nation could potentially spend billions of dollars repairing the damage caused by it, according to experts interviewed in the documentary.