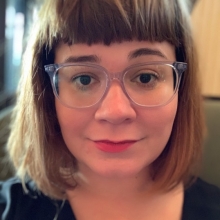 Stefania Marghitu specializes in critical and cultural studies of television, modes of authorship, media industries, youth cultures, intersectional feminism, digital media activism, and production cultures. She is the author of Teen TV (Routledge, May 2021). You can also find her work published in journals such as Feminist Media Studies, New Review of Film and Television, Communication, Culture and Critique, Spectator, and the edited collections ReFocus on Amy Heckerling (Edinburgh University Press) and White Supremacy and the American Media (Routledge). She is currently preparing a manuscript based on her dissertation, Women Showrunners: Authorship, Identity and Representation in US Television.