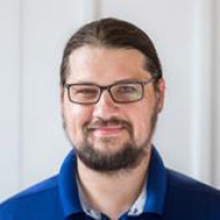 Mr. Harvey received a M.S. degree in Applied Mathematics and Scientific Computing from the University of Maryland at College Park in the Fall of 2007, and has worked professionally in information technology, software development and data science for the past two decades. In addition to teaching computer science, he is currently a Data Engineer at TED Conferences and generously donates his time as a Research Associate Pro Bono.

Mr. Harvey's focuses his research efforts on scientific computation for signal representation, particularly in the area of audio and video processing, and on educating new software engineers, particularly with respect to workplace behaviors and software ethics questions.